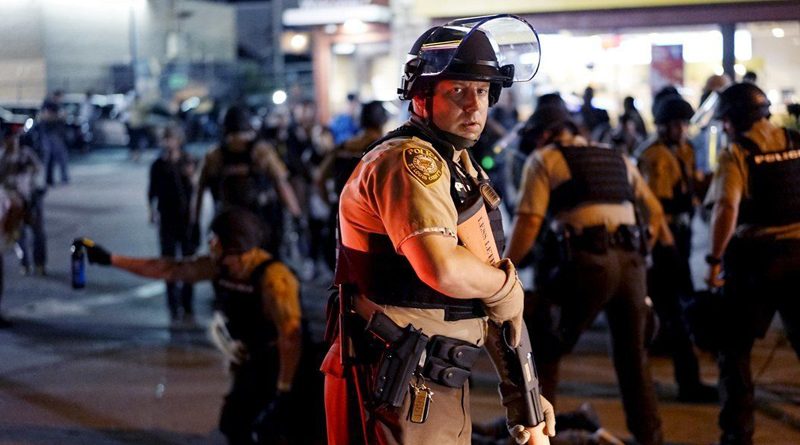 MONTREAL – I awoke on this rainy June 9th morning to learn of yet another Canadian police officer, gunned down 12 hours earlier while executing a warrant for criminal harassment at a home in Edmonton.

This time, it was 35-year-old Edmonton Police Const. Daniel Woodall, dying almost immediately after coming under fire — police said the gunman fired 52 bullets at officers from inside his home. Woodall, married and a father of two, died from what Edmonton Police Chief Rod Knecht described as a “catastrophic wound”. His partner, Sgt. Jason Harley, a 15-year-veteran, was first at the door and was hit by a bullet in the lower back. Knecht said he survived because of his bulletproof vest. Woodall was also wearing body armour.

The killing of this 8-year member of the Edmonton Police Service occurred in the midst of more and more stories — both in the mainstream press and social media — breathlessly telling us just how out of control police officers in Canada and the United States have been, with wild video footage as proof that cops do nothing but prowl our streets in order to assault and kill innocent citizens.

There is no disputing the increased tension currently felt on the streets, especially when you consider that just about everyone is armed with — and ready to use — a cell phone to capture the latest takedown by evil cops of yet another innocent criminal and plaster it on YouTube and other social media sites. In this new witch-hunt world, where everyone is a reporter and cameraman, cops are all fair game for public hangings.

Of course, we all know that it’s not that simple.