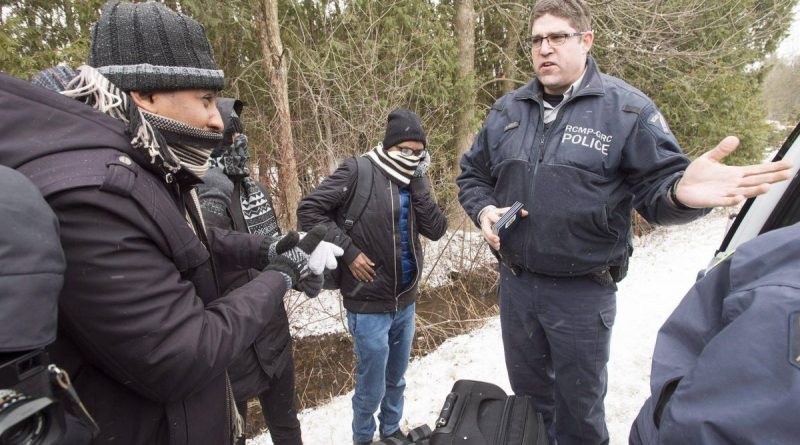 What does it mean for Canadian law enforcement?

Last June, the U.S. Department of Homeland Security (DHS) released its U.S. Northern Border Strategy, which was required pursuant to the Northern Border Security Review Act passed by Congress in December 2016 and signed into law by then President Barack Obama in his final days in office.

The act received bipartisan support and had a defined goal to assess and strengthen security at the U.S. border with Canada. The bill now requires the DHS to evaluate security threats at the border through a comprehensive assessment of current resources and personnel levels at and between ports of entry. Provisions in the bill also address coordination challenges with federal and local law enforcement, as well as how to recruit and retain a strong border security workforce.

Given the fact of our shared border, the coordination of border security operations, trade and traveler facilitation have been an increased priority since the 9/11 terrorist attacks, and there have been significant positive developments with ongoing and planned initiatives as well. How this latest U.S. report reflects that joint strategy is, therefore, a matter of clear relevance for Canada.

DHS confirms that current strategic guidance for DHS northern border operations is derived from several sources, including the

2014-2018 DHS Strategic Plan, the 2014 Quadrennial Homeland Security Review (QHSR), and the 2012 Northern Border Strategy. None of the Canada-U.S. initiatives are cited as a source of guidance for the report, which is concerning. The only reference to such joint initiatives is a single sentence which states:

“Canada has been an effective partner in working with the United States to keep foreign terrorist suspects from entering North America, especially with initiatives undertaken as part of the 2011 U.S.-Canada Beyond the Border Initiative”. (p.7)

Strangely, the Northern Border Security Review Act requires DHS to provide the report to specified Congressional Committees within 180 days of its passage but does not appear to create an ongoing obligation for such analysis and reporting. Despite this, DHS produced its first report in August 2017 and a second one last June. The latest report confirms that DHS will review and update the Northern Border Strategy every five years. This is a welcome change as it should support substantive analysis rather than reporting itself as the metric of success.

The report identified three specific goals, which include:

Each goal has specific objectives, which are identified to support achieving the goals to which they relate. The strategy also specifically identified ‘Partnerships and Implementation’ as subject areas to be addressed and noted that “DHS will engage with other federal

departments and agencies, as well as with key state, local, tribal, and Canadian partners to implement this Strategy.”

DHS also committed to develop a “Northern Border Strategy Implementation Plan” that will outline DHS’ roles, responsibilities, programs, and timelines for accomplishing the strategy’s goals for fiscal years (FYs) 2020-2024. DHS said it will provide annual progress reports regarding the implementation of this strategy.

he report stated that the U.S. was also committed to local and cross-border cooperation to achieve its goals. It also correctly identified the unique challenges of the Canada-U.S. border, which it confirmed requires tailored application of security measures along the full length of the border. It specifically noted the potential security threat to the U.S. resulting from the vast and unsupervised terrain between ports of entry, although, like the Beyond the Border Agreement, it confirmed that sensor technology can play an important role in locations where full-time deployment of enforcement personnel is not practical and intelligence-led mobile interdiction and enforcement units are necessary.

The report identified the bi-directional flow of illicit drugs as the most common threat to U.S. public safety and reported specifically that cocaine and methamphetamine move north into Canada after transiting the U.S. from Mexico, while fentanyl, marijuana, and ecstasy flow south from Canada into the U.S. Transnational criminal organizations are described as being involved in this cross-border drug smuggling which exploits the vast marine border and potentially by low flying aircraft avoiding radar detection.

Potential terror threats are reported as being from homegrown violent extremists in Canada who are not known to the U.S. and could therefore enter the United States legally at ports of entry. The report did not specifically note that POE vulnerabilities and the organized criminal cross border smuggling activities also enhance the terrorist illegal entry threat which needs to be addressed jointly.

Objective 3 – Use intelligence, risk assessments, and capability gap assessments to inform placement of surveillance and detection assets and resources.

Finally, the report contained a number of objectives of special interest, which are operationally focused and directly relevant for Canada. These include:

–        Improve air, maritime, and land domain sensor integration and analysis at and between POEs along the Northern Border.

–        Quantitatively assess and prioritize the relative risks associated with areas along the Northern Border.

–        Develop intelligence-driven, targeted operations in the inbound and outbound environment that focus on current threat analysis.

–        Enable safe, efficient, and resilient navigation on Northern Border waterways through the development and execution of regulatory regimes and waterways management.

While the goals and supporting objectives are definitely relevant, they, and the report as a whole, largely ignore previous and ongoing joint Canada-U.S. border security initiatives including the 2011 Beyond the Border Agreement and Action Plan as well as the cross-border enforcement Shiprider program, legislation to expand the exit-entry information sharing program and expanded pre-border clearance as well as different ongoing marine domain awareness enhancement programs that are especially relevant for intelligence led enforcement between designated ports of entry.

Inexplicably, the DHS report also does not mention a significant failure to achieve an identified Beyond the Border Agreement initiative, which required a joint Canada-U.S. technology procurement and deployment plan to enhance border domain awareness to address jointly identified gaps and vulnerabilities. While the vulnerability analysis was completed on time, the joint technology procurement and deployment plan, which was supposed to occur by April 30, 2013 was never achieved. Does the omission of this critical issue in the DHA report now mean that the Americans have abandoned that commitment?

Additionally, the report fails to even mention the current situation (since January 2017) of thousands of persons deliberately entering Canada between ports of entry, and thus illegally, from the United States to thereafter claim refugee status. Inasmuch as almost all of these people are released from custody without ongoing monitoring, this represents a potential security concern for both countries.

Data has also now confirmed that over half of the 27,000 illegal entrants were persons that were inappropriately granted visas by U.S. authorities as their clear purpose was to illegally enter Canada and claim refugee status. Ironically, this visa screening deficiency is a

violation of the commitment made by the U.S. in the Beyond the Border Agreement to ensure enhanced perimeter security.

It is alarming that a DHS report on the U.S. Northern Border Strategy could fail to even mention this ongoing situation and the need for both countries to work together to address it. This includes modernizing the Canada-U.S. Safe Third Country Agreement, which is the source of the gap being exploited. Given the outrage being demonstrated by the Trump administration over persons illegally entering the U.S. from

Mexico, this omission is inexplicable and unacceptable.

The Trump administration has repeatedly demonstrated its rejection of international collaboration in matters of trade, the environment and foreign policy. Hopefully, this kind of unilateral strategy is not now being manifested in the DHS Northern Border Strategy because the consequences of such a change will be counter-productive — for both countries.

— Scott Newark is a former Alberta crown prosecutor who has also served as Executive Officer of the Canadian Police Association, Vice Chair of the Ontario Office for Victims of Crime, Director of Operations for Investigative Project on Terrorism and as a Security Policy Advisor to the governments of Ontario and Canada. He is currently an Adjunct Professor in the TRSS Program in the School of Criminology at Simon Fraser University, and a regular contributor to Police Advocates Journal.