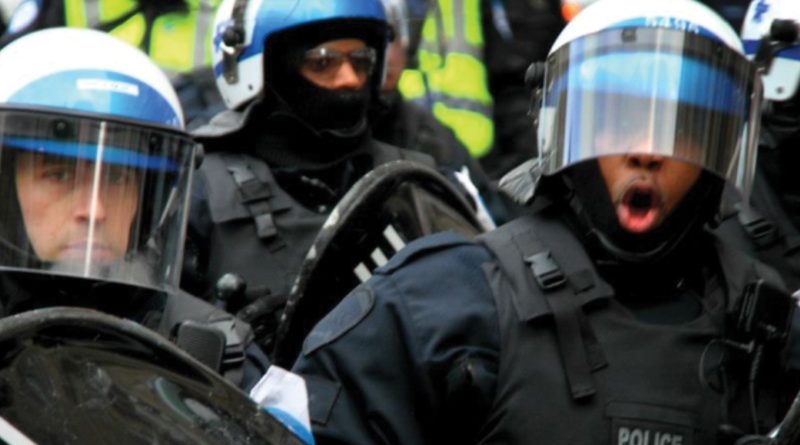 Is law enforcement in Canada becoming more militarized in the post-9/11 era? Are the lines between how the military responds to external threats and how police react to potential criminal activity becoming blurred? And if so, what are the possible consequences of this?

It depends who you ask.

Ask that question to police forces across the country and you’ll hear that the addition of new military-grade equipment along with training that involves military/police co-operation is making citizens and police safer. They explain that it is better to be prepared for emergencies and to have equipment that may only rarely be used rather than not have it when it is needed. Similar arguments have been made to justify the desire of police to have more surveillance capability and powers.

On the other hand, there are critics of this perceived trend among watchdog groups, academics, and civil libertarians.  These critics are troubled by the military-like appearance of officers as well as the acquisition of equipment that is more commonly seen on the battlefield than on Canadian streets. They also worry that there is an increasing reliance on invasive surveillance methods.

In fact, 2013 marked the lowest overall crime rate nationally since 1969. So this raises the question of whether increasing efforts to boost police powers and to give them more military equipment are a response to a real threat or a perceived one. Or is it simply an effort to make them that much better at the things they were already doing?

Those who are worried about increasing militarization in law enforcement got some validation recently when outgoing RCMP Commissioner Bob Paulson expressed his own concerns. In early February, Paulson appeared before the Senate national security committee and expressed fears about “the trend in policing for escalating military-style tools being used by law enforcement to conduct police operations.” He added that this leads to an increased reliance on force rather than on “problem-solving, community-oriented, prevention approach that is better suited to the Canadian context.”

Paulson says that if officers are going to be furnished with equipment like carbine rifles they must also be conscious of when it is appropriate to use them, adding that it is important for police not to adopt an “us-vs.-them” approach to dealing with the public.